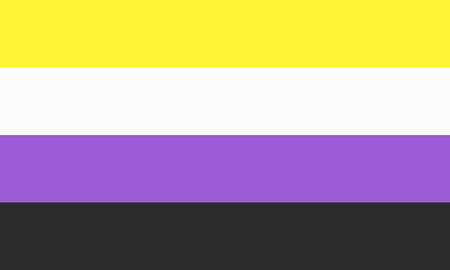 Clearing up some things about being nonbinary.

To start i want to say that i am a transmasc nonbinary person (boyflux) and that i had lots of misconceptions about nonbinary myself!! However, once i learned what i now know about nonbinary gender didn’t seem so daunting so in simple terms this carrd is meant to help!! It’s basically a copypaste of the thread i made on twitter (@enboyouma). Also i’m not the master of gender so please contact me if i explained your identity wrong

Simply put. It’s being anything that doesn’t fall completely between the two binaries (male and female). It is NOT a third trinary. It’s a spectrum or umbrella term with many gender identities fitting underneath it. It’s not the lack of gender either. However, kind of like the term sapphic there is no harm in identifying only with the word non-binary and not specifying what label under the spectrum you fit into. So quick recap it’s anything that’s not binary.

No. Not at all. Many indigenous cultures have viewed gender as a spectrum since as far back as 400 BCE. What’s fairly new is the two binaries, and though they have had such huge affects on our society they have much less history. The two binaries were completely colonized by the west and, as aforementioned, before then gender was viewed as a spectrum.

This is why saying non-binary is the lack of gender is so harmful. As not only does it force us into a trinary it’s anti indigenous. We don’t “make the community look bad” because many of the genders under this spectrum have their own history.

Genders under the spectrum??

Yes!! There are many identities underneath the non-binary spectrum. Including male aligned and female aligned. What are those?? Well the best way to explain it is that they are identities where partial connection to one of the binaries is felt but not enough to be that binary. This is also why transmasc (me!!) and transfem people exist!! (explination later) Here’s a list of some identities under the spectrum.

Agender - an identity where you feel genderless

Bigender - an identity where you experience two identities at once

Those were just a few examples!! Here are some more!!

Is Nonbinary a third gender??

Nonbinary people do not have to be androgynous. This is because gender expression does not equal gender identity. Nonbinary people can present however they want!! Wether is be feminine masculine or androgynous!! They also may or may not transition to whatever they would like!! Not everyone does but it’s not forbidden.

Nonbinary people are included in every sexuality. We can be bi, queer, pan, unlabeled, sapphic, achillean, and yes lesbian and gay. Why? Well Nonbinary is not the lack of gender and even then the idea that we’re misgendering ourselves by being lesbian or gay is flat out wrong. As long as someone is un or female aligned they can be lesbian and opposite for gay. This is because no matter what google tells you a lesbian is a non-man who loves non-men exclusively. and a gay person is a non-women who loves non-women exclusively. Making us use labels like trixic and toric forces us into a trinary which defeats the whole purpose.

“Well i have a crush on a nonbinary person does that make me bi or pan??” It depends on the person. You see as stated before nonbinary is a spectrum. There are many identities underneath it but the spectrum itself isn’t a gender you can or can’t be attracted to. So most of the time someone would feel very uncomfy with someone coming out as a multi attracted person just to date them. However it does depend, for example I am boyflux and the intensity of me being a boy shifts over time. If someone who ids as lesbian wanted to date me while still iding as lesbian i would be offended because i am not a non-man. So the best way to go when exploring your sexuality because of an enby is to just have a conversation with them, we don’t bite i swear.

If you identify outside of the two binaries you’re nonbinary. I can’t give you a checklist because there isn’t one or a quiz or anything. All i can give you is a better understanding of what it is. You don’t need a certain name or certain pronouns or certain clothes. That’s the beauty of the spectrum. It’s your identity through and through no matter what you identify with underneath it or if you choose to simplify. I hope i was able to help even if just a little.

What is transmasc and transfem??

As mentioned before there are male aligning identities and female aligning identities. I’ll use myself as an example here, I feel a strong connection to the opposite of my agab (assigned gender at birth) but not enough to be a man. That makes me transmasc. The same goes for transfem. So in simple terms transmasc and transfem is being partially connected with the opposite of your agab. To be transmasc all you need to be is a male aligning nonbinary identity (demiboy, boyflux etc.). To be transfem you need to be a female aligned nonbinary identity (demigirl, girlflux etc.). Although they are considered more of umbrella term type labels,
being nonbinary and transmasc or fem is not a gateway to being trans men or trans women. 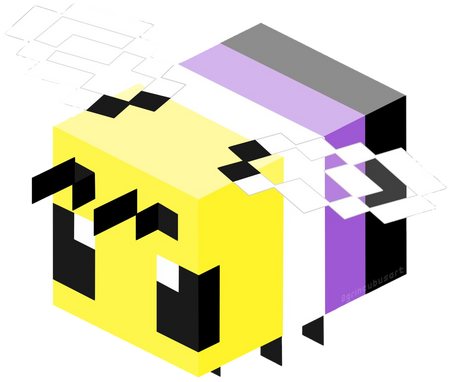